I have started using homeopathy about 2 years ago (when I made an appointment to meet with Pierre) and during that time I have found it very helpful and effective in relieving all sorts of symptoms. I have used it to relieve vaccine related issues on my son (5 month old then), teething pains, and just recently to help him overcome his really bad cough, runny nose, temperature, general cold symptoms. I must say how impressed I was when (with Pierre’s help) his symptoms diminished within one night (he has had bad cough for about 4-5 days prior).

I have also used it for myself, to help with my emotions, birth trauma, grievance and so on.

The beauty of homeopathy is that it can’t harm you, it’s cost effective, and quite simply it just works. 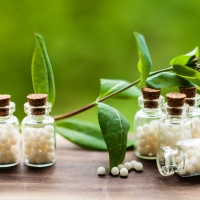 A diagnosis and medication had recently been prescribed for me. But I wanted to understand what was underlying the dragging tiredness I was experiencing and I consulted Pierre. Then came the searching yet very safe enquiry. Only through profoundly sharing myself, my attitudes and my life, could a remedy be revealed which instantly increased my vital energy. Ongoing support resulted in a complete return to health and vitality with the assurance that I know where to turn if ever the need should arise.

My son’s skin is so much better, it’s been a real improvement!

Just to let you know my son has been brilliant since taking the last remedy.  A lot calmer and happier.

When Pierre first suggested I try the weight loss + homeopathy plan, I was sceptical to say the least. At 46, I was 11 1/2 stone and creeping up towards 12. The only diet that had worked for me in the past decade was low carb, but that hadn’t been working for a long time, although it did help to control my blood sugars. I have always suffered from hypoglycaemia, and it got much worse when I contracted M.E./chronic fatigue at the age of 26.

I had heard positive reviews about the Carnivore diet, and so I tried that for two months, hoping that by cutting out so many vegetables I might solve my overactive bladder as well as losing weight, by eliminating potentially aggravating plant “anti-nutrients” like oxalates. However, the diet only made me feel more hungry and lethargic, and so I abandoned it and tried Pierre’s suggested option as a last resort. I have never been able to stick to a low calorie diet because of intense blood sugar dips, and usually I do not find that fruit fills me up.

The first three days after the feeding phase I felt very hungry and tired. I ate apples to ease the hunger.

On the fourth day I was out for a walk when I realised, to my delight, that I didn’t feel hungry. I also had much more energy than usual. Over the next few days I felt the following symptoms:

Felt a new sense of enjoyment and satiety when eating strawberries, oranges, and apples.

For the three weeks I was on the diet I felt more “normal” than I had felt in years. I cannot describe how wonderful it felt to lose 1 1/2 stone in three weeks. I felt so much lighter on my feet, my thighs didn’t chafe when I walked, and I was able to fit into the clothes I’d stored for six years in the attic.

Adjusting to the third phase of the diet without the drops was tough. I felt very hungry and moody for two days. But the weight has stayed off. I had some drops left over, so I repeated the diet for a few months later, and lost a further half stone. I have maintained that weight, although have put on some belly fat over the winter.

The first time on the diet I did not eat any fat at all. The second time I used some coconut oil in the cooking, which made the food more enjoyable. I lost weight both times. I didn’t have the same high energy the second time, but I did sleep well.

All in all, the diet was miraculous. I have recommended it to many people. Pierre was supportive and informative throughout. He is always sympathetic and helpful. 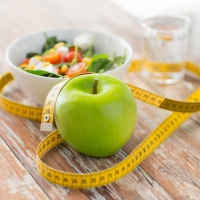 Before I came to Pierre for a PresentChild translation, I had been looking for a kind of therapy that would target the root cause of my daughter’s emotional problem and my own mental health problems. I knew my mental health directly affected my child’s emotion because she watched, felt and experienced what I have been through. I was desperate , helpless and angry all time , I was desperate for my situation , helpless for not knowing how to deal with my daughter’s emotional problems; both of us became so angry with each other. The prolonged period of stress and anger had made both of us so unwell physically. My daughter became so unwell (she either got infection or temperature after getting angry each time. I felt my health deteriorated so much after getting angry each time. I felt I was a failure at being a mother and that it was going to destroy both of us … 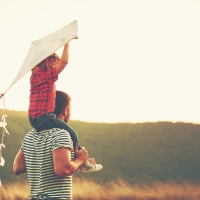 I have seen homeopaths several times for both myself and my dogs. When I saw Pierre he put me at ease and listened to my issues and provided the correct treatment for me.  Pierre is professional and friendly and would recommend him to any of my clients and friends.  Thank you!

I hope this finds you well. I have been meaning to email you but part of me was hesitant initially with the fear of speaking too soon! I just wanted to email you to say a massive thank you for everything. I am so pleased to say I am back to my normal self, happy as ever and incredibly relieved to be able to say that. What I went through was truly one of the most difficult times I have experienced. It was an incredibly strange and difficult time, and you made me feel safe, sane and comforted at a time when I really was feeling the opposite and allowed me to try and make sense of myself. I am so grateful to you.

Our daughter almost from birth had a problem with a leaky eye and with her digestive system. Because we had tried almost all natural methods known to us, we decided to try homeopathy. We received Pierre’s contact details from a friend and other mothers who recommended us this homeopath. We gave answers to many different questions about my daughter and myself. Pierre is very nice, sensitive and an attentive listener. Although we were not sure if 4 pills which I took, because I was still breastfeeding, will help her, we decided to try. The remedy was effective and appropriate and all symptoms have completely stopped. Pierre not only helped our daughter, but also gave us some remedy for our son to clean his body from toxins after antibiotic treatment, completely selflessly. We highly recommend him to everyone.

After my recent recent session with you, I felt compelled to write a few words of thanks. I was very impressed with the way you made me feel at ease, and the way we communicated with each other. After taking the formulas that you recommended I feel better after only 2 weeks. I whole heartedly would recommend you to friends and family.